The growing inaccessibility of science, the publish or perish mentality, and the inability to fight it from the inside 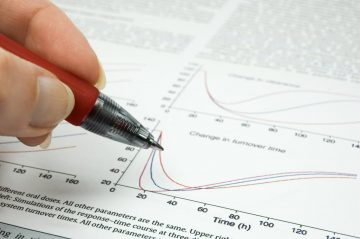 As scientists, we are familiar with the publishing process: conduct research, write up the results, then send off the manuscript to a journal in hopes they will see the merit of our work. In doing so, we invite the reviewers to critique our work and the way we present it. Considering the grueling work done to uncover, analyze, and write up the results, the review process can be very demotivating.

While this peer review process is necessary to promote the integrity of our scientific findings, it also contributes to the inaccessibility of science. First, journals expect a certain quality of language in published articles. The style of passive-voice and sesquipedalian language makes publishing and later ingesting the results a major barrier to people whose first language is not English or have not had the same opportunities to access higher education. It is no wonder that large portions of the population are being excluded from science – birthing “anti-maskers” and “anti-vaxxers” alike – as they have been left out of the conversation.

Second, financial access in the scientific and publication process is unequal. After labouring for hours/days/weeks on a single grant proposal, researchers are extremely lucky if their research is deemed “valuable enough” to be funded by PUBLIC funding agencies. Now, let’s say the researcher comes out the other end of the funding proposal victorious… they received their grant! They will then go on to complete their research over a long period of time, paying for it all from the grant. Finally, it comes time to submit their work to a journal and the researcher need to pay to submit and have their work reviewed. All the while journals are not even paying the reviewers who are also overworked and underpaid academics. Even if the researcher makes it through this whole process and their work gets published, it will be put up behind a paywall from which only the journal capitalizes on. This picture (above) has been circling the internet lately, displaying the irony of how science has become more and more inaccessible. The article was written in 1992 and I can imagine that this issue has only worsened over time.

In fact, I am in the process of having a paper reviewed and I feel incredibly guilty that I am p(l)aying into this game. I want the research I conducted to be accessible, but I also want to be seen as a valid researcher publishing in a respectable journal, which can allow me to conduct further studies down the line. It is a real catch-22, and as a very junior researcher, I feel powerless to stop this speeding train.

Taking into account the linguistic and financial barriers in science, what are some ways we can overcome this together? The existence of science communicators, who so wonderfully write easy-to-digest articles, record humorous podcasts, and make visually appealing and legible infographics, is a start to making science more accessible to the general public. Without science communicators, scientific findings would be released as-is – the public would be left scratching their heads, their noses hanging out of their masks, and children unvaccinated. As for the unequal distribution of money – well, you’ve got me there. However, I feel confident we can move towards a solution by shedding old expectations and taking our science into our own hands!